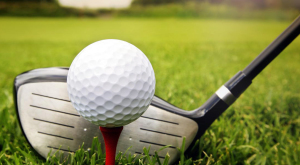 Born in Greenville, SC on Sept. 2, 1929, he graduated from Greenville High School (the last class that graduated after the 11th grade) and Georgia Tech, where he received a Bachelor of Mechanical Engineering.

He was predeceased by his parents, Jimmie Thomas and Allene Corbett Roberson, and his brother, Sammie Roberson.

Jim served in the US Air Force during the Korean War.  After completing a student training program with Babcock and Wilcox, he worked as a service and sales engineer in Atlanta, where he met and married his wife, Katherine Coiner.

The young couple moved to Cincinnati with Babcock and then to Birmingham, where he was an industrial power plant designer for Rust Engineering.  He moved to Greenville in 1965 to join J.E. Sirrine Company where he managed the EPA’s national study of the US Pulp and Paper Industry along with Environmental Engineering of Gainesville, FL.  He was promoted to VP of Business Development for Sirrine and later managed their Portland, OR office.  He also served as Manager of Industrial Development for Stone and Webster Engineering in Boston and Atlanta.

Jim was an avid golfer and traveler, who planned numerous trips for himself and Kathy, as well as for John Knox Church.  He was an Elder, Sunday School teacher, member of the Onesimus Sunday School class and the men’s Monday morning prayer breakfast group at John Knox.  He was a past member of the Greenville Country Club and the Poinsett Club.

His friends and family will remember Jim mostly for his wonderful smile, quick wit, and kind heart.

A memorial service will be held Saturday, April 20, 2019 at 1:30 p.m. at John Knox Presbyterian Church, 35 Shannon Drive, Greenville, SC  29615 with the visitation following the service.