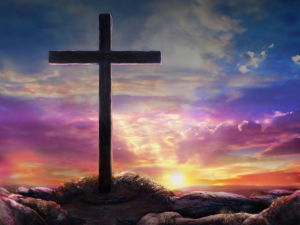 Rev. Carl Eugene Breazeale, 90, peacefully passed away at home with his family by his side on April 29, 2021.

Born in Pickens, SC, he was a son of the late William Guy Breazeale, Sr. and Hattie Mae McAllister Breazeale. He was a retired Ordained Church of God Minister as well as an Ordained Baptist Minister. At the time of his passing, he was a member of Praise Cathedral.

Rev. Breazeale was a US Army Veteran, and upon being led into the ministry, studied at Holmes Bible College. During his fifty years of impactful ministry, Rev. Breazeale pastored four churches for the Church of God: George's Creek, Simpsonville, Ware Shoals, and Williamston. He organized, built and dedicated three additional churches while serving as a District Overseer and as a Chairman of the Ordination Committee. Rev. Breazeale also pastored Wayside Baptist Church. Sharing the Word of God was his commissioned life's purpose and his faith was justly profound.

He loved people and was authentically interested in them. He had a personality as grand as his stature, and he never met a stranger. He was a visionary pastor, devoted patriot, and a fair-minded mentor and friend. His wife often declared "to know him, is to love him".

His family has immeasurable adoration and respect for him and will miss him immensely, but will remember him for the limitless love, joy, laughter, and cheerful songs that he shared with them so unconditionally.

A public viewing will be held on Wednesday, May 5, 2021 from 3:00 p.m. until 5:00 p.m. at Thomas McAfee Funeral Homes, Southeast. Masks are required in all Thomas McAfee Funeral Home locations and attendees are strongly encouraged to follow CDC guidelines on social distancing. The graveside service will be Thursday, May 6th at 1:30 p.m. in Hillcrest Memorial Park, Pickens.

Memorials may be made in his honor to Chris and Kelly's HOPE Foundation, c/o Community Foundation, 630 East Washington Street, Suite A, Greenville, SC 29601.