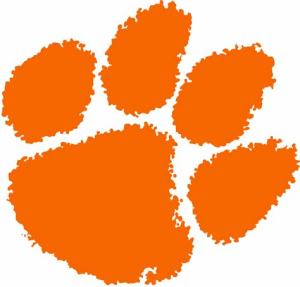 Thomas "Tom" Alton Finley, 77, of Greenville, SC, peacefully entered the gates of heaven on Tuesday, February 16, 2021 surrounded by his daughters.

Born on June 26, 1943, he was the son of the late Fred Funston and Felicia Jeffords Finley of Burlington, NC.

At the time of his birth, his family resided in Galax, Virginia, but most of his childhood was spent in Burlington where he attended Walter Williams High School. He graduated from Clemson University in 1966 with a B.A. in English and went on to a career in Human Resources and Consulting, specializing in talent acquisition in the building materials industry, eventually owning his own firm.

Mr. Finley was a sports enthusiast, avid golfer, talented wordsmith, and published author. His most notable title was Golf in the Upstate Since 1895. He had a passion for research and history which he put to good use in his role as the Club Historian for the Greenville Country Club. His love for Clemson University will "reign supreme alway." There was no place he would rather be than in Death Valley where he was a season ticket holder for over 40 years. He will now enjoy the best seat in the house.

Mr. Finley was a man of deep faith and a lifelong member of Trinity Lutheran Church. He was larger than life and always had a way of making others laugh. His virtuous character and zest for life were contagious. While he held many different titles in his lifetime, none was more precious than Dad.

He was recently preceded in death by his best friend and wife of 50 years, Mary Elizabeth “Maribeth” Gardner Finley.

Due to COVID-19 concerns, a private celebration of both Tom and Maribeth’s lives will be held at a later date.

Memorial Service at a later date